You make the winds your messengers * and flames of fire your servants...

by Ronald Steed/ October 18th, 2015
Stewardship Sermon for Sunday, October 18, 2015
St. James Episcopal Church, New London, CT
You make the winds your messengers * and flames of fire your servants
You can just imagine the scene… three of us at a Stewardship Committee meeting deciding on which part of stewardship we are going to preach about over the next three weeks… facing one another like three bad guys in a Clint Eastwood movie… the upside down hat on the table between us, with three slips of paper inside. Dorothy Sieberg reaches in and pulls out a slip of paper… “time" it says…. She breathes a sigh of relief. Stephanie Brandon reaches in for her slip of paper… smiling, she says “talent". I know at that point of course, that I will get to preach on “treasure"… the most popular part of stewardship, and certainly the one dearest to the hearts of Christians everywhere! Alas…
Today’s Gospel continues one of my favorite parts of Mark’s brilliant narrative… Jesus’ journey to Jerusalem in Chapter 10. It begins with the disciples speaking sternly (sternly… that’s what it says) to people who were bringing little children to Jesus. Jesus sets them straight: “Whoever does not receive the Kingdom of God as a little child will never enter it". That sets up the theme of the story. Then, Jesus “sets out of a journey". Right away, he gets interrupted by the Rich Young Man. We’re told that Jesus LOVED this young man (he didn’t ADMIRE him… or give him a pledge card… he loved him…), but alas, the young man tries to receive the Kingdom of God through his wealth and not as a little child, and he goes away grieving. It seems as though wealth is not the way of THIS Kingdom. Jesus continues his trip and Mark tells us the destination: Jerusalem… where there are Romans. Jesus is walking ahead of everyone… one might imagine that is face has a hard set, and Mark says that those who followed were afraid. Jesus tells them frankly what will happen when they get there… they have reason to be afraid.
The journey is interrupted by an argument among the disciples, because, in today’s Gospel, James and John are trying to receive the Kingdom of God through power… political power… rather than as little children. Jesus says
“You know that among the Gentiles those whom they recognize as their rulers lord it over them, and their great ones are tyrants over them. But it is not so among you; but whoever wishes to become great among you must be your servant, and whoever wishes to be first among you must be slave of all."
Jesus’ final interruption is Blind Bartaemaeus. Mark hints as to how Blind Baraemaeus expects to receive the Kingdom of God… the disciples “sternly ordered him to be quiet" when he cried out to the Lord. Sternly! That’s Mark’s signal that Blind Bertaemaeus is going to receive the Kingdom of God… like what?... like a child… HE gets it right! So it’s not being an adult, it’s not wealth, it’s not power, and it’s not those of us who think we “see" things the right way...right enough to suush children and blind people. None of that helps us to receive the Kingdom of God… it’s more like being a child… or a blind person who receives their sight.
In 166 BC (about 200 years before Jesus’ crucifixion), a ragtag Jewish Army under Judas Maccabeus crushed the Syrian Army at Beth-Horon. First Maccabees Chapter 3 tells the story: 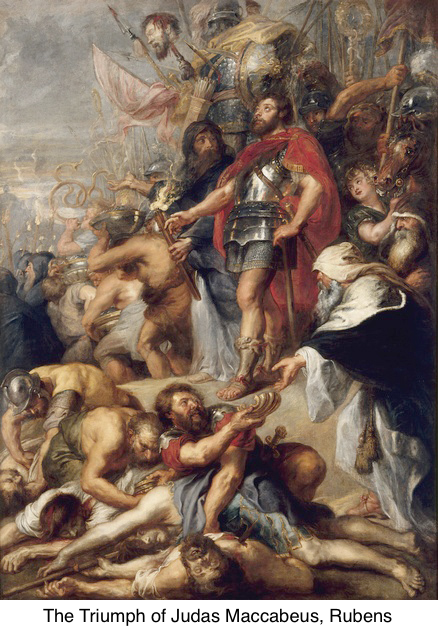 "When (the Syrians) approached the ascent of Beth-horon, Judas went out to meet (them) with a small company… They said to Judas, ‘How can we, few as we are, fight against so great and so strong a multitude? …Judas replied, ‘It is easy for many to be hemmed in by few, for in the sight of Heaven there is no difference between saving by many or by few. It is not on the size of the army that victory in battle depends, but strength comes from Heaven… He himself will crush them before us; as for you, do not be afraid of them.’ "
200 years later, in 66 AD (33 years after the crucifixion of Jesus), the Roman garrison in Jerusalem plundered the temple and executed 6000 Jews in Jerusalem, starting the First Jewish War. Very quickly, the rebels destroyed the Roman garrison in Jerusalem and then ambushed and crushed the 12th Roman Legion that was sent from Syria to respond. Guess where that battle was? Beth Horan. That was taken to be a divine signal: “THIS revolution is an act of GOD… THIS is what God is up to… just like the Maccabees!" The Romans responded as the Romans always did…with five Legions. It didn’t end well for the rebellion. 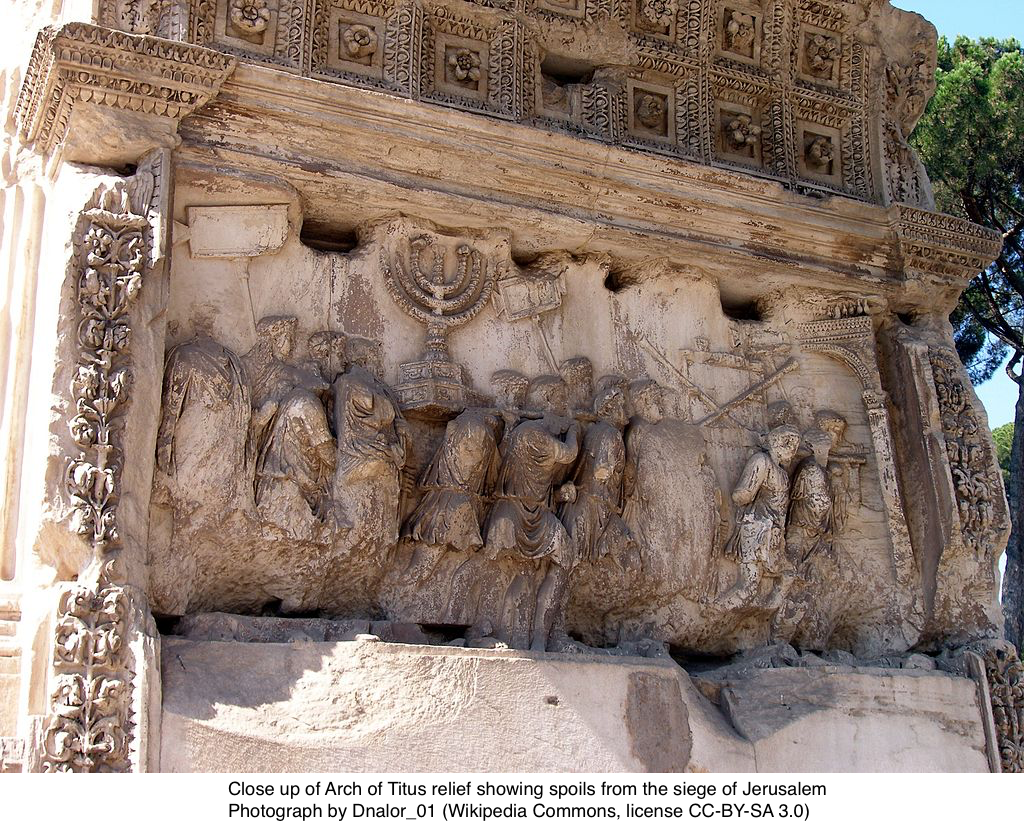