We go wherever the pain is...

by Ronald Steed/ June 9th, 2015
One of the things I struggle with constantly is the place where my faith intersects with my work. In the last few years, I have studied the work of Walter Wink pretty intently. Mr. Wink devoted his life to the understanding of Power and authored a three volume series on that topic. Armed with that knowledge, I co-hosted a retreat at Holy Cross Monastery last fall with my good friend Br. James Dowd (now posted at the order’s Mariya uMama weThemba Monastery in South Africa) on The Myth of Redemptive Violence. This retreat explored Walter Wink’s work and gave the participants an opportunity to wrestle with those issues in their own lives. For me though, as a federal contractor working in the national defense industry, the contrasting issues of non-violent Christianity and national defense are pretty stark. What should I do? What is the right thing to do? 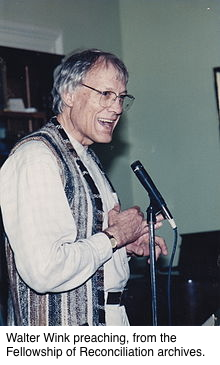 I’ll just cut to the chase on this question and state that for now, I am letting these two things sit in tension. What a perfect place for an Episcopalian to be! I live “confessionally" with it, acknowledging that I am contributing my talent in a very real way to the violence in our world, and knowing that I may be called to something else. As some of you may know, I am a Postulant for the Diaconate in The Episcopal Church. Deacons (at least in our corner of the faith) live in the world as ordained clergy. Part of the challenge is to live our faith (as we all do, really) at home, at work, and within the church. Demonstrating faith at work can be a challenge, especially where it is not particularly welcome, so issues like this weigh on me. As I’ve thought about this though, it is difficult to think of a profession where ethical clashes like this are largely absent, although I think Roxanne does not face quite the same spiritual struggles with her art that I find in defense. Many of us though have similar struggles; should we keep working in a profession that seems so contrary to the Gospel?
Recently, I have noticed an emerging theme in a lot of the material I have been reading. Two quotes jumped out at me:
..Members of religious communities usually place initials after their names to indicate their particular Order. We Franciscans use O.F.M., Ordo Fratum Minorum--Latin for the little brothers, or the "Order of the Minor Brothers." Francis told us to move down the social class ladder. We were not to identify with the upper class, nor with the climb toward success, power, and money. Rather, we were to go where Jesus went, which was wherever the pain was. -Richard Rohr, Meditation for June 9, 2015
You may not be able to change the way the discipline currently works. You may be able to take some steps in that direction, given time and opportunity, but that isn’t necessarily your vocation. Your task is to find the symbolic ways of doing things differently, planting flags in hostile soil, setting up signposts that say there is a different way to be human. And when people are puzzled at what you are doing, find ways— fresh ways— of telling the story of the return of the human race from its exile, and use those stories as your explanation ...If you are to shape your world in following Christ, it is not enough to say that being a Christian and being a professional or an academic (to address these worlds particularly for the moment) is about high moral standards, using every opportunity to talk to people about Jesus, praying for or with your students, being fair in your grading and honest in your speaking. All that is vital and necessary, but you are called to something much, much more. You are called, prayerfully, to discern where in your discipline the human project is showing signs of exile and humbly and boldly to act symbolically in ways that declare that the powers have been defeated, that the kingdom has come in Jesus the Jewish Messiah, that the new way of being human has been unveiled, and to be prepared to tell the story that explains what these symbols are all about. ... It is the way of being in Christ, in the Spirit, at the place where the world is in pain, so that the healing love of God may be brought to bear at that point. -N.T. Wright, The Challenge of Jesus: Rediscovering Who Jesus Was and Is. InterVarsity Press
Serving at the point of pain. And God knows there is enough pain in every place to keep us busy! As I thought about this idea, I’ve noticed in my own work that I find myself exactly in that place often enough. Not by deliberate choice necessarily, but somehow there nevertheless. But now, I think I’ll keep a sharper eye out for that pain and try to notice it when it’s there… perhaps that is the place I need to be. 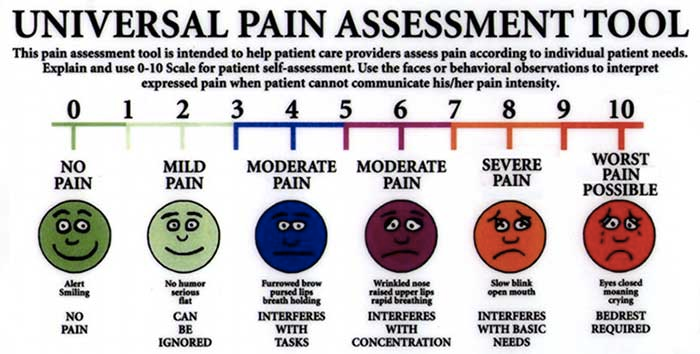 Do any of you have stories about working "at the point of pain" in your professional lives?
« Back To List
comments powered by Disqus