"Resilience" - Faith Communities Need This Too!

"The old argument that liberal churches are in decline and conservative ones are growing is not true. The denominations that once seemed impervious to decline are beginning to look like most other American religious groups. Everyone is in the same situation: a religious bear market. Indeed, the first decade of the twenty-first century could rightly be called the Great Religious Recession." 1 - Diana Butler Bass

The Great Religious Recession. That is a sobering phrase for those of us who have a hand in leading faith communities these days. It seems like the world has turned upside down. The things that used to work like a charm no longer seem to have any affect. There is a definite “tone" in our society today about religious beliefs. These are hard days in churches, and hard days for those who lead them.
Among the things I hope to explore in this blog, “As the Waters Cover the Sea...", is church leadership. In my professional life, I was an officer in the U.S. Submarine Force, and spent the majority of my last years there teaching and mentoring about command of submarines at sea.. In 2007, I formed my own business, and much of my work has been focused on Team Resilience both, in military and business applications.
Since Roxanne and I have settled in one place (for once!), I’ve served on the Vestry at St. James Episcopal Church in New London, CT. I have been struck about how much overlap there is between my leadership experience in submarines and my experience in this Parish3. 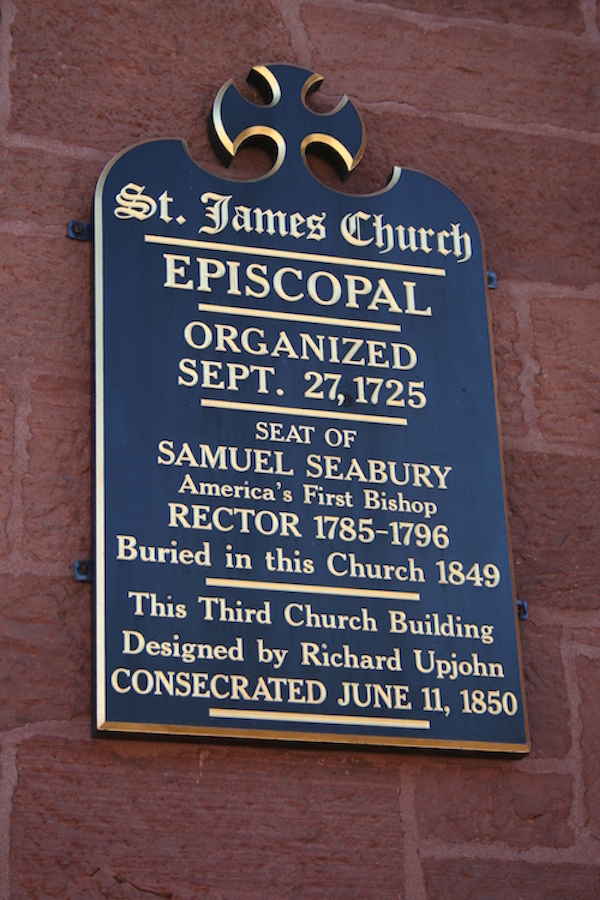 Now, that is not to say that leading a submarine and leading a church are the same thing. I can tell you from deep personal experience (I have the scars)… they are not! As the Commanding Officer of a submarine crew, I had a certain authority that came just by virtue of being assigned to the position. A submarine crew IS a volunteer organization right up to the point where the sailor takes the oath of office, and then it’s NOT. There was a lot of deference in that crew to my orders, and even to my wishes (which officers are taught to be regarded as orders!). Faith communities are very different. They are strictly volunteer4, and those volunteers don’t have to lift a finger if they don’t want to. There’s leadership all right, but it comes in a very different package.
At least part of the overlap is in the idea of Team Resilience. Lets look at it first in the context of a submarine crew:

“Submarine Operational Resilience" is a team’s capacity to recognize, deep within the command structure, developing danger and opportunity under ambiguous and uncertain conditions. This term refers to a team’s achievements, requiring conscious and purposeful practices and behaviors. Once danger or opportunity is recognized, resilient teams are able to adapt and respond in ways that are safe in peacetime operations and bold in war. 2 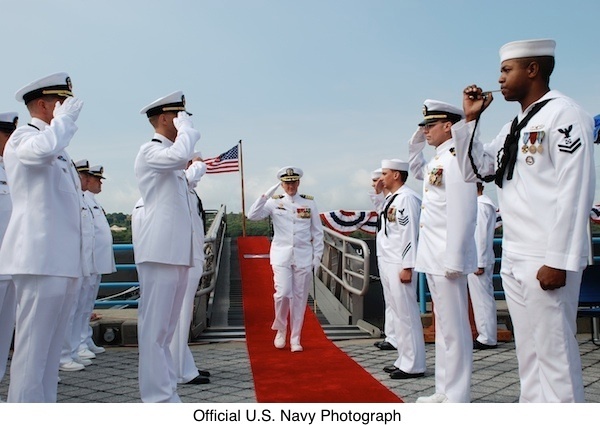 There is a lot packed into this definition. Resilience is a team achievement, not an individual one (that disappoints a lot of leaders!). It looks for action “deep within the command structure". On submarines, this means that we’re looking for resilient action at junior levels, not just from seniors. It recognizes that danger and opportunity develop over time… they rarely drop into your lap, fully formed (unless you’re in combat of course!). This means the team is able to detect danger and opportunity while their early signals are still in the noise. Resilience is never achieved passively, but though deliberate and active practices and behaviors. And resilient teams can adapt and respond.
That’s the bottom line about resilient teams: they can adapt and respond to the new and novel… to the never-seen-before event. And here, there is a little mystery. To the outside observer, resilient teams seem to have this uncanny sense of timing. There is a certain wu wei about them… they seem to act "without doing". With “minds like water" they to step to one side and with a deft ninja move, danger gets turned on its head. This of course, is not what is going on at all. There is a tremendous effort going on in the resilient team. There are a lot of wheels turning… it’s hard work! They just make it LOOK easy.
How does resilience look in a church context? Maybe something like this:

“Resilience" is a faith community's capacity to recognize, deep within the community, the developing danger and opportunity of God’s mission under ambiguous and uncertain conditions. Resilience is an achievement of the Holy Spirit within the community, requiring prayerful and purposeful practices and behaviors. Once danger or opportunity is recognized, resilient teams are able to adapt and respond in ways that cooperate with God’s work in that place.

OK… similar… but very different. And there’s plenty to unpack!

Your Parish’s resilience is an achievement of the Holy Spirit, not of individuals. Faith in the Christian sense is always about community, and so it makes sense that resilience would be community win. Indeed, it really is an achievement in the larger community in which that Parish is situated. It is all about what God is up to, not just at St. James (in our case), but in New London and throughout southeast Connecticut.
It looks for action “deep within the community". We’re looking for resilient action among all of the people, not just from the clergy or the lay leaders. It recognizes that discernment of God’s mission develops over time… it rarely (ever?) drops into our lap, fully formed. Unlike the submarine case where the early signals of danger and opportunity need to be detected while they are still in the noise, where God is concerned it seems like the signals never rise above the noise at all! As John of the Cross wrote “Silence is the first language of God". Thus, resilience is never achieved passively, but though deliberate prayer and practices. And resilient Parishes adapt and respond cooperatively in God’s mission.
Oh… and there’s danger and opportunity here. Danger that we’ve got to change; opportunity that we might! It means that WE are the ones who bend and adapt to what God is doing, not the other way around. Although, God does seem to use whatever it is we are doing (and its bound to a mixed bag, no matter what), the idea of resilience in a Parish setting is not to be bull-headed, but responsive to prayer and adaptive to the urgings of the Holy Spirit. Its just not about us, but us responding.
So maybe this idea of The Great Religious Recession is both a signal of danger and of opportunity (many are saying so). Maybe we are being tugged in fresh new directions as God, whose signals we are struggling to discern within the noise, does his mysterious work in each community. Thinking about how we might become more resilient in response to those urgings might be part of the way ahead for all of us.
I hope to have a lot more to say about Parish leadership and the way of Parish resilience in the future.
What are your thoughts?
1. Bass, Diana Butler (2012-03-13). Christianity After Religion: The End of Church and the Birth of a New Spiritual Awakening (p. 20). HarperCollins. Kindle Edition.
2. Steed, Ronald, Cynthia Lamb, Richard Severinghaus, Jerry Lamb, Erin Fields, and Abaigeal Caras. "Team Performance Behaviors during Underway Tactical Operations." Naval Submarine Medical Research Laboratory NSMRL//TR--2012-0001: 12.
3. I’ll just note for the record here that many of you may see it as very paradoxical to serve actively in both the church and in the U.S. defense industry. It IS paradoxical, and I hope to write about the struggles I have with holding those two vocations together in tension… another day…
4. There ARE “orders" in the religious context as well, but somehow, they don’t seem quite the same!
« Back To List
comments powered by Disqus