Do We Obey the Authorities or Not? The Paradox of Politics....

by Ronald Steed/ July 28th, 2014
What is a Christian to do about politics? Do we follow Paul’s guidance in Roman’s 13 (obedience to authority as given from God) or do we heed the very dire warnings of Revelation13 (political authority as given by “the dragon" to “the beast")?
Dr. Richard Beck of Experimental Theology examines this quandary as he continues his review of the first edition writings of theologian William Stringfellow. Today’s article, The William Stringfellow Project: Conscience and Obedience provides an excellent summary of William Stringfellow’s 1977 book Conscience and Obedience: The Politics of Romans 13 and Revelation 13 in Light of the Second Coming.
One of the keys to navigating through this paradox is to recognize that political powers are themselves “fallen" just as individuals are fallen.

“ ...the state is just as fallen and sinful as human persons. Specifically, more often than not the state, rather than human persons, is the cause of social disruption, chaos and instability. Citizens aren't just getting agitated all on their own. They are often responding in anger and hurt to abuses inflicted upon them and their neighbors by the state."

In short, as Walter Wink has written, "The Powers are good. The Powers are fallen. The Powers must be redeemed." (1) We will be talking about this issue in October during my upcoming retreat, co-hosted with Brother James Dowd, at Holy Cross Monastery: The Myth of Redemptive Violence. 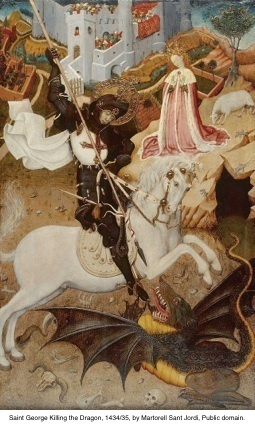 (1) Walter Wink. Engaging the Powers: Discernment and Resistance in a World of Domination (Kindle Locations 205-206). Kindle Edition.
« Back To List
comments powered by Disqus