by Ronald Steed/ September 26th, 2016
Sermon for Sunday, September 26, 2016 (19 Pentecost, Proper 21)
St. David’s Episcopal Church, Gales Ferry, CT
My Retirement Ceremony from the Navy was in 2007, the week after this lesson about the Rich Man and Lazarus was the Sunday Gospel. The day was a wonderful celebration and we capped it off with a huge party at our home in Waterford. Our families, Navy friends and colleagues, Roxanne’s art friends, friends from St. James, and our neighbors, all joined the celebration and we had a sumptuous outdoor feast together. By any measure on that day, I was a rich man. I had education, power, privilege, and wealth. And having returned to the church after a long absence and engaging texts like today’s for the first time as an adult, I wasn’t quite sure what to make of this gospel lesson and others like it that seem to suggest that rich people, like me, were going to have a very hard time in the Kingdom of God. How should I read them? What was I called to do? Those were great questions, but none of them were on my mind that night.
The next morning I was up early for some reason and as I made a cup of coffee, I looked up and saw something strange at the end of the driveway where we had stacked the trash for morning pickup. There was a man there… picking through the trash… opening each bag and pulling things out. As I watched him for a little while, one word came to mind; “Lazarus". This was Lazarus, a poor man, picking through the crumbs that fell from my table. I watched him for a long time, thinking about this parable… comparing my own life to his and wondering what it all meant. 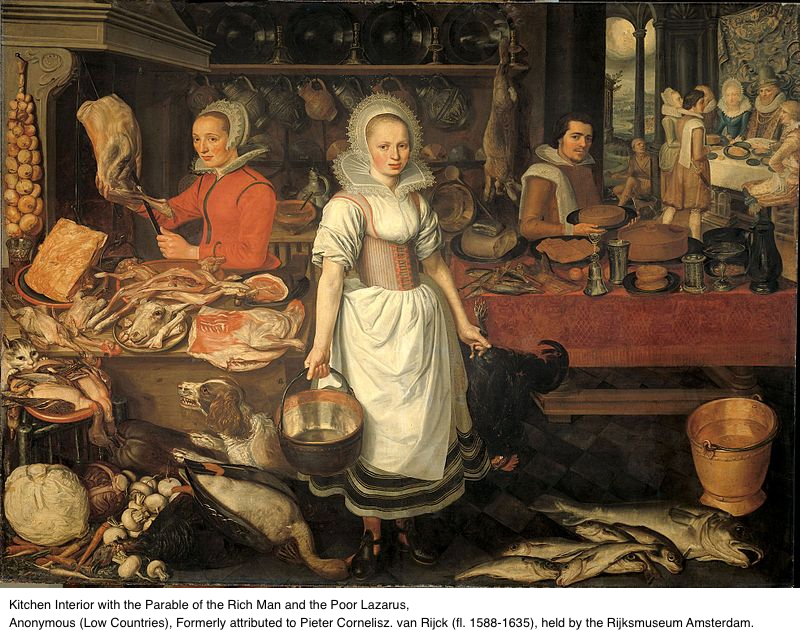